This is (another) new blog from me! Thanks for stopping by!

When I first decided to start this, it was because I wanted to document my newest journey. But after getting some advice from a close friend/advisor, she recommended something BIGGER! And the first thing you should know about me is, I take the term “Go big or go home” VERY seriously! So here’s the low down.

A big part of my life revolves around giving birth… okay, I may be SLIGHTLY under-exaggerating. I guess the beginning would be my three kids. Emma (7), Collin (5), and Lex (3). They have been, and will always be, my most epic and exciting journeys!

This is where I will start my journey with all of you! I want you to be able to understand my stance on all things pregnancy and birth. And I want to help all of you with your journeys!

So even though I have been up since 3 a.m. (yikes), I am determined to get out page one of this new blog!

When I found out I was pregnant with Emma, I wasn’t surprised.  I was scared out of my mind. I was 15 years old and a sophomore in high school. My then boyfriend had just turned 17 and was a high school dropout working as an overnight stock boy at a local gas station. 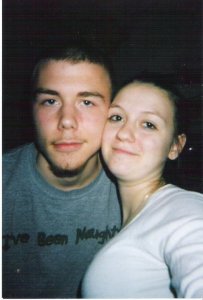 I had known I was pregnant before I even peed on that stick. We weren’t exactly trying to prevent it, and we had had “scares” before. But this, this was real life. Curtis and I were REALLY going to have a baby. Adoption and abortion weren’t even an option. Dropping out of school wasn’t an option. The only option was up to Curtis:  Was he going to be a dad or walk away? The very first thing I did with that test was took it to him, handed it to him, and told him to walk away now or forever hold his peace. He told me he loved me and wanted to be a family (spoiler alert, we’ve now been happily married for 7 years, together for 9)!

My pregnancy was pretty normal. I was lucky to only throw up twice. No back pain or feet pain. I did experience some anxiety attacks and ended up being home schooled through most of my pregnancy. I didn’t eat all that healthy, I almost NEVER took my prenatals (those horse pills are huge), and I was under stress constantly. I was scared, I didn’t have a lot of support, and I was so, very young.

At about 38 weeks I lost my mucus plug while at a friend’s house, and just about lost my shit freaking out. Luckily it was an older friend who had also had a baby young. She kept me calm and taught me how to count contractions. The next two weeks we were obsessed with sending me into labor via walking. But it was the beginning of March in New York and it was freezing. So we did what any sane person would do in that situation, we walked around Wal-Mart for hours (Funny story:   One time an employee asked me if I was trying to steal something under my shirt.  I was HUGE and looked WAY too young to be pregnant). On my due date I got a non-stress test at my OB’s like normal, and their machine said that something was wrong with Emma’s heart beat. So they sent me to the hospital where I was told that nothing was wrong, that the machines at that office had been giving false readings for day and hadn’t been fixed yet, but as a precaution were monitoring women at the hospital. That same day they gave me a sonogram to check on little miss. Which is really where my labor story starts.

Now let me just back up a little bit so you can see this perfectly. When I got pregnant I weighed 90lbs, on a good day.  And at a very short 5’3″, there wasn’t much to me. So it was a shock to me when my sonogram tech told me that they estimated my daughter to weigh about 8lbs 5oz. “WHAT!? How is that even possible?” I was just in shock. Next, I was told that if I hoped to give birth naturally at all, I would have to be induced because she was just going to get bigger, and they were afraid that my hips might be too small.

This was not the news I wanted to hear or that anyone wants to hear. I was scared already. And with so little support from friends and family, I didn’t know what to do. Three days later I went in to be induced (March 15th) with Curtis and his mother (BJ) by my side.

When I got to the hospital, I was only 50% effaced, 2cm dilated and still very high. They started me on Pitocin (most often referred to as “The P word” or “Pit”… it is the devil). After a little while laying on my back in and doing nothing to help, BJ insisted I get up and walk, and so I did. I walked and I walked for hours. By 9 p.m., after over 24 hours, I was at 4cm and 70% dilated. That’s it. So they gave me something to sleep, sent BJ home, and called it a night. The next morning I had gone from 4cm to 5cm (yay?), so they decided to break my water. The next thing I remember is being in an unbearable amount of pain, and crying for BJ. After asking for “Anything! For the love of God, give me something for the pain!” and getting something in my IV that made my arm hurt, I couldn’t take it anymore. I gave in and got the epidural.

Now don’t get me wrong, I don’t think anyone is “weak” for getting an epidural, but it wasn’t what I wanted and it proved later that my original judgment not to want one was for good reason.  But more on that later.

Once the epidural was administered, I remember feeling really cold, shaking uncontrollably (Curtis later told me that I looked as though I was having a seizure), and passed out. When I woke up a couple of hours later, they checked me again. This time I was at 10cm and ready to push, but there was one problem. I was numb from the belly down. And when I say numb, I mean I couldn’t feel my toes or contractions. If I didn’t look down I wouldn’t even know I was pregnant, let alone in labor. It scared me.  I thought maybe I had been paralyzed. They told me to watch the monitor and push when I had a contraction ( “Push like you’re taking a giant poop!”).  After 20 minutes of “pushing” (I guess I had to have been pushing since my baby came out) Emma Claire was born!

4 days late and 36 hours after my first dose of Pit, she was finally here! My little girl. Weighing in at 8lbs 4oz (just 1oz off from what the sonogram has said) and 19 3/4″ long. She had a touch of jaundice (just like her father when we was born), and looked just like her daddy. Her cry was louder than any other baby in the nursery and I didn’t bond with her at all.

Yeah, you read that right. I didn’t have that moment of “total bliss” or “Oh my God! I’m a mom! This is my daughter!”. Now don’t get me wrong.  I felt the love but it wasn’t what everyone told me would happen. Then again, I still felt loopy from my epidural. I was still numb and less than half an hour after I had her, all of those people who didn’t support me showed up at the hospital to see the beautiful baby I had grown (yeah, I grow people).

After Emma was born I suffered with postpartum depression. My mother moved away and I ended up moving in with Curtis and his family. I couldn’t go back to school for the rest of that year. Emma wasn’t interested in breast-feeding or burping or sleeping. And I  was clueless, had no idea what I was doing, was scared out of my mind, was trying to learn as I went.

This is Emma now. She’ll be 8 in March. She’s an artist and still looks just like her daddy. She’s beautiful and smart and funny. She’s a drama queen and a smart ass. And she is my little girl. Even when we think that things will never get better, and that we may not be cut out for something.. we can prove ourselves wrong. I might have had Emma when I was 15, but we’re doing wonderfully and I wouldn’t trade her for the entire world.

Having her young just means I get to love her longer.